In the spring of 1870, General Charles T. Campbell established a stage coach stop for the Firesteel Trail. This stop, which included his residence, an inn, a general store and a large horse barn, became the original town of Scotland. Campbell, along with about 100 families of Scottish and English ancestry, located this stop on a flat area beside Dawson Creek, about a half-mile southeast of our Chalk Rock Museum. In 1879, Campbell encouraged his friend Alexander Mitchell to build a railroad line through Scotland from Marion Junction, which was located northeast of here.

When the railroad arrived in 1880, the town moved upland onto land owned by John Stafford, who deeded land to the railroad and platted 80 acres for the new town. He also gave the present city park land for the recreation of Scotland’s citizens.  Spurring new growth, other additions were later platted by Philip Becker, Johanna, Bertha and Sarah Korb, John D. Lawler and Abel Stafford. By 1884, Scotland’s population was up to 1200 with railroad service connecting it to the east and south. By 1891, the population had risen to 1500, but was beginning to feel the effects of new homesteading in Charles Mix County and other points to the west.

Scotland remained a strong business town through both World Wars and the Great Depression, the Saturday and Sunday nights being excessively active nights – the theater held 400 and would have two showings to sold-out houses, while the stores and cafes stayed open until midnight to accommodate the crowds.

The introduction of reliable automobiles and a less agricultural society has caused Scotland to become smaller, but it remains a town with a big heart with supporting businesses, excellent medical facilities, elementary and high school, five active churches and many organizations and active volunteers.

Athletes of all ages can always find something to do in Scotland from recreational activities such as swimming, tennis, basketball, volleyball, a complex of softball and baseball diamonds, trap-shooting, track and football field, picnicking, camping at our large park, beautiful 9-hole golf course, and a yearly rodeo.  A stone’s throw away, an avid outdoorsman can find one’s self in the heart of some of the country’s best pheasant, geese, ducks, and deer hunting. For those who prefer fishing, reel in the fun with Largemouth Bass, Bluegill, Bullhead, and Crappie at Lake Henry located one mile east of Scotland along Dawson Creek.

Today, there is always something going on or being planned! 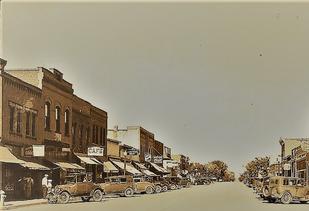 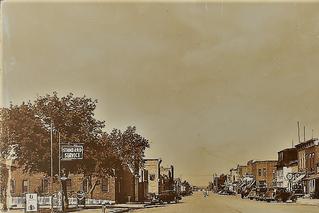 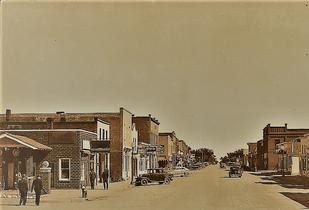